Laziness as a Symptom of Self-Alienation

by Jill Loree in 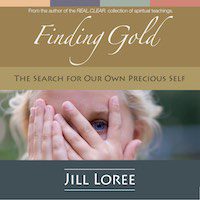 Phoenesse
Laziness as a Symptom of Self-Alienation

We think that being lazy is a garden-variety fault. But we need to look deeper. It’s not something we can command away with our sheer will. But it can be tackled by taking on self-alienation. Because when we’re anchored in the center of our being, we will not be lazy. We will not feel apathetic. We won’t want to remain idle. We’ll savor our rest and relaxation, but that’s not the same as being lazy. We’ll have a zest for entering the full flow of life every day. Energies will replenish and regenerate themselves.

This is not an age-related thing either. No, in reality, losing energy is not natural. True, young people have a certain energy store that spends itself regardless of countless obstructions. But once that’s gone, it’s gone, and self-alienation then creates road blocks for regenerating more energy. So indeed, our energy seems to wane with age, but age is not the cause of this problem. Thinking this way further seals the door shut, misguided as so many are by this illusion.

How about compulsive over-activity? How does that fit in? It comes from the same root as energy loss and is just a different tack. It’s a fight against laziness that misses the target. Since we don’t understand the source of the problem, we disapprove of one of its symptoms, laziness, and attack that. This is a precarious remedy and it’s not a shade better than being lazy. The root here is identical. Overactive people, in fact, will have a nostalgic desire to do nothing.

The only real way to unfold our destiny is to find the activity that is in itself meaningful to us, so we are at one with it. This is something to strive for, but in reality, there isn’t a human alive who doesn’t operate from pretenses on some level. When we become aware of how we ourselves do this, we have a key we need for becoming aware of our real self.

Read Finding Gold, Chapter 6: Laziness as a Symptom of Self-Alienation

Read Original Pathwork® Lecture: #96 Questions and Answers and Additional Comments on Laziness as Symptom of Self-Alienation